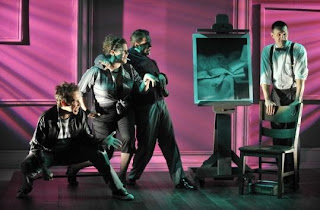 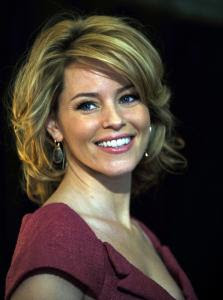 Cultural Pittsfield This Week newsletter is up and out! 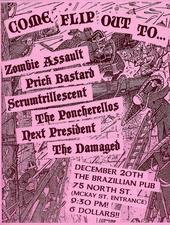 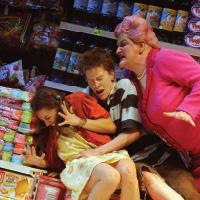 Check out our last minute shopping tips, holiday concerts galore at the Colonial & elsewhere, and great live music at Zeitgeist, Mission Bar & Tapas, Pittsfield Brew Works, and the Brazilian Restaurant this weekend. Click here to read it, or here to sign up for your own FREE subscription to Cultural Pittsfield This Week!
Posted by Cultural Pittsfield No comments:

Small Gems at the Ferrin Gallery

The Ferrin Gallery's new show $mall Works: Art + Object has gotten a great review in the Berkshire Eagle by Keith Shaw! In this show, thirty artists present one to three affordable artworks that sell for no more than $500. The show includes painting, prints, sculpture that small in scale or made specifically for the show. In addition to the $mall Works group show, on view at the gallery there is always a good selection of affordable, functional studio pottery from area artists. It is definitely worth checking out (and soon, as the art is selling fast!) 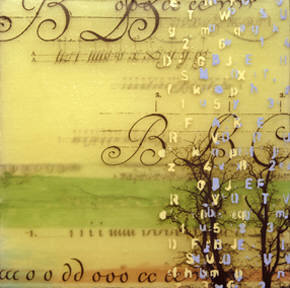 The review by the Berkshire Eagle's art critic:


Small gems
By Keith V. Shaw, Special to the Eagle

PITTSFIELD — The Ferrin Gallery always generates excitement, but its annual, year-end show of small artwork has become an anticipated event — and it is well worth the wait.
Last year's exhibits asked the age-old question "Does size matter?" This year, "Small Works: Art + Object" asks "Does price matter?" Well, if you have to ask, I guess it does.
"Small Works" includes nearly 30 artists, and everything is priced to sell: $500 or less. Yes, some are early in their careers, and a few are not genuine gallery artists. But many of the participants sell larger pieces for thousands of dollars, and this is an enticing opportunity to buy a name. Not in the market for art? It is still fun to window shop.

The show is handsomely installed and captivatingly eclectic. Pieces run the gamut: paintings, assemblages, ceramics, and more. Like price, quality matters too, and it quickly rises to the top.
The muses are fickle, and some paintings just turn out better than others. With "The Crow," Michael Rousseau was right on the money, and his work was the first to fly the coop. The piece is all about facture and the creative process, morphing from sketchy ground to protruding, 3-D figure. Assisted by the simplicity and quirkiness of its subject, the painting will forever have power.

Michael Zelehoski will develop into a stellar gallery artist, and most of his pieces sold the first day. He effortlessly asserts his originality both in representational and abstract art. This time he offers a number of wooden assemblages. Through intellect and craft, Zelehoski rearranges his organic colors, materials, and textures into geometric abstractions. This human imprint on nature produces serenely beautiful wall objects. I look forward to his summer show at the Ferrin.

The Renaissance saw art as the offspring of Craft and Concept; Duchamp's readymades precipitated a divorce, and modernism awarded custody to Concept. Warner Friedman shows how postmodernism is contesting that decision. Friedman's trompe l'oeil paintings of pine boards masquerade as minimalist found objects — the kind of art the public has been conditioned to accept. Our human response to seeing a board representing art versus art representing a board is vastly different. Friedman's illusionistic painting engages the viewer in that art critical debate. He is a postmodern master.

Joe Wheaton's metal wall assemblages "Kabuki" choreograph the dynamism of movement on stage. Restless black forms strut and stretch across red rectangular panels, perfecting quick, precise turns. Abraded areas imply the pendular transition between absence and occupancy. Wheaton is highly collectable, and if one likes an Asian accent to their décor, these pieces are bargains.

Joe Goodwin is another consummate nonrepresentational artist, and his monotype collage and diminutive painting merit notice. In each work, a dominant gesture — a life pulse — animates an otherwise dormant environment. Activity emerges out of passivity, and resistance questions acceptance.

Other pieces vie for attention. Gene Flores' metal "Postcards" of abstracted landscapes intrigue; his gouged, cut, and polished surfaces suggest records of geological time. Paul Graubard's "Muslim Women" is one of his most successful pieces. The lace veils add just the right touch of visual interest. With hook and eye latches, Elizabeth Stone playfully links three block-like canvases of Brio trains; how perfect. And the list goes on.

Whether you are an art speculator or just a spectator, stopping in the Ferrin Gallery to see "Small Works" will enrich your day.
Posted by Cultural Pittsfield No comments: